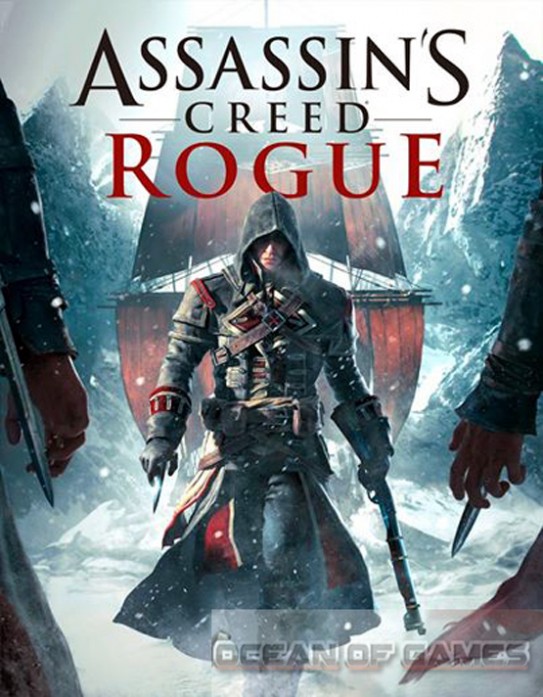 Assassins Creed Rogue PC game has been set in the 18th century North America which is under immense chaos and violence due to wars. The story revolves around a young man named Shay Patrick Cormac. Who was once a team member of the Brotherhood. But then transformed into a Templar after a mission gone wrong. As he turns his back towards assassins all the Assassins turned against him. Now Shay is the Assassins hunter in this darkest ever Assassins Creed game. 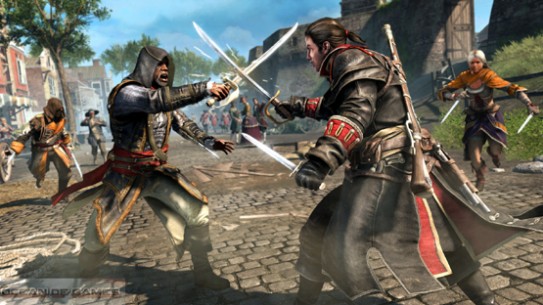 Some features of the previous games are also back in Rogue. Like Naval aspects in which you can control the ship of Shay which is named as Morrigan. New ship based weapons have been included in Assassins Creed Rogue like oil slick. Which can be ignited whenever necessary. Assassins Creed Rogue game also features Arctic environment with freezing water. The underwater missions which were there in Black Flag does not exist in this chapter as the player will lose the health rapidly in the freezing waters. Player can also use Air Rifle for taking down the enemies from a distance. Grenade launcher can also be used for taking down your enemies. This chapter also features side missions.

Assassins Creed Rogue has very much improved Naval gameplay and the graphical details is very much satisfying and the sounds are also laudable.

Following are the main features of Assassins Creed Rogue that you will be able to experience after the first install on your Operating System. 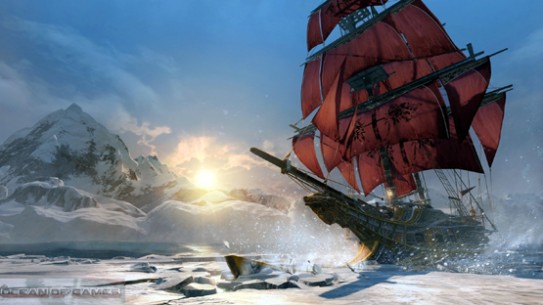 By clicking on the button below you can start download assassins creed rogue full and complete game setup. You should also install some extracting tool like Winrar in your computer because highly compressed game setup is provided in a single download link game and it may contains Zip, RAR or ISO file. Game file password is ofg