Bang Bang Racing is a racing game it is developed and published under the banner of Digital Reality in collaboration with Playbox for Microsoft Windows. It was released on 8th June 2012. 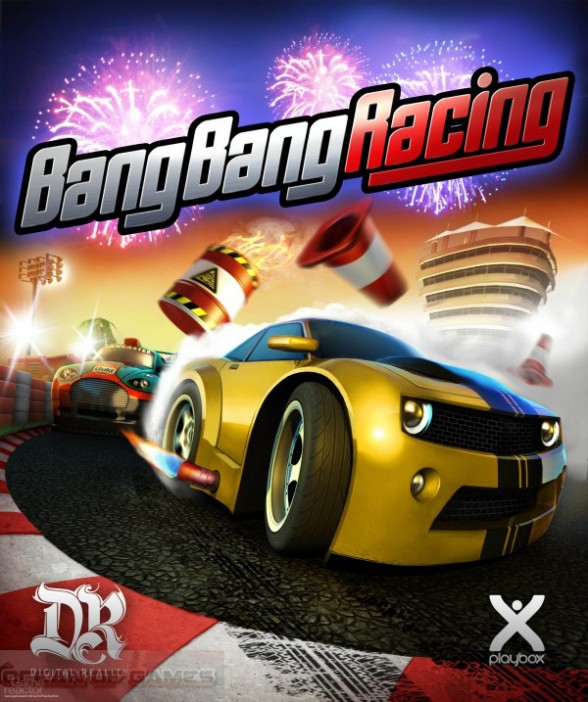 This is a racing game and it has top-down camera angle much like the kid games from the 90’s. This game is very simple as far as objectives are concerned. You just have to finish before all the racers in the game and then you will get through that race successfully. You can play this game in single player mode as well as in multiplayer mode up to 4 players. In multiplayer mode the screen gets split into four parts one for each player. 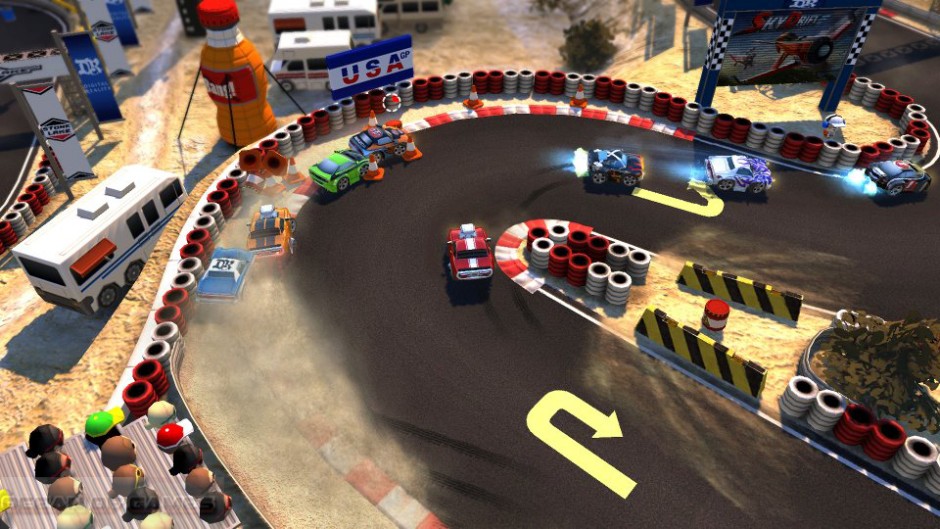 In Bang Bang Racing there are many unlockables in this game such as cars, stages and courses. You will have to win races in the single player mode in order to unlock these items. After they have been unlocked they can be used in multiplayer mode as well. There are total 20 cars in this game which have been grouped in four different classes. These classes include N-Dura, Evo GT, Apex and Protech. Also there are total nine courses which you have to complete. There reverse versions can also be unlocked. Altogether this game is a very simple one and it is an addictive game. 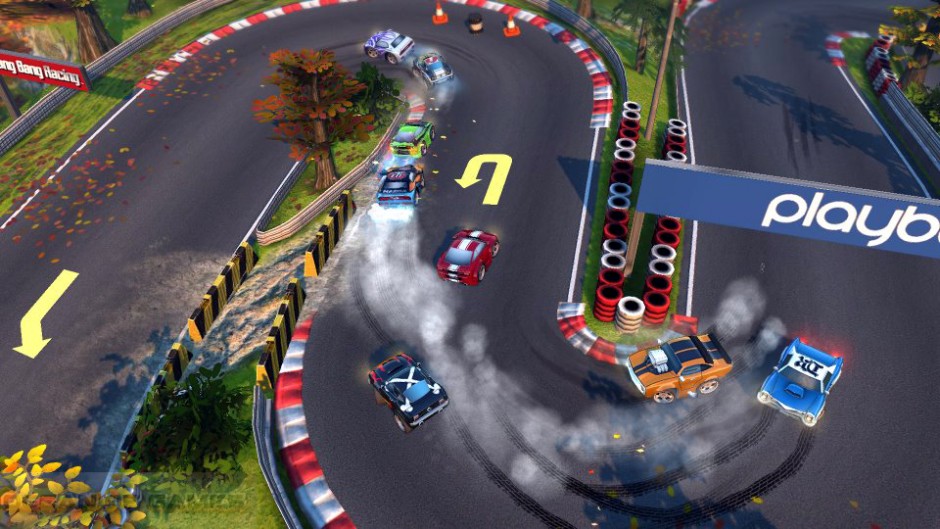 Following are the main features of Bang Bang Racing that you will be able to experience after the first install on your Operating System. 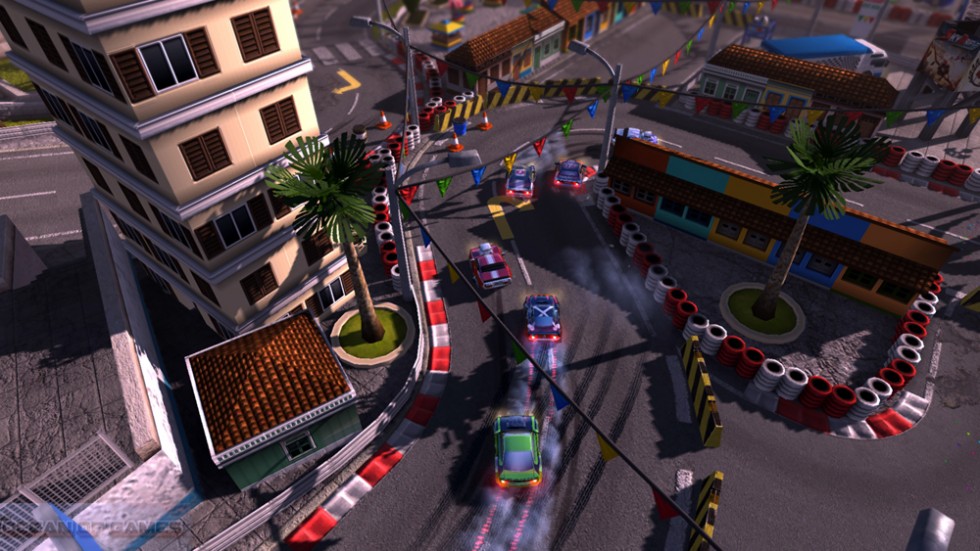 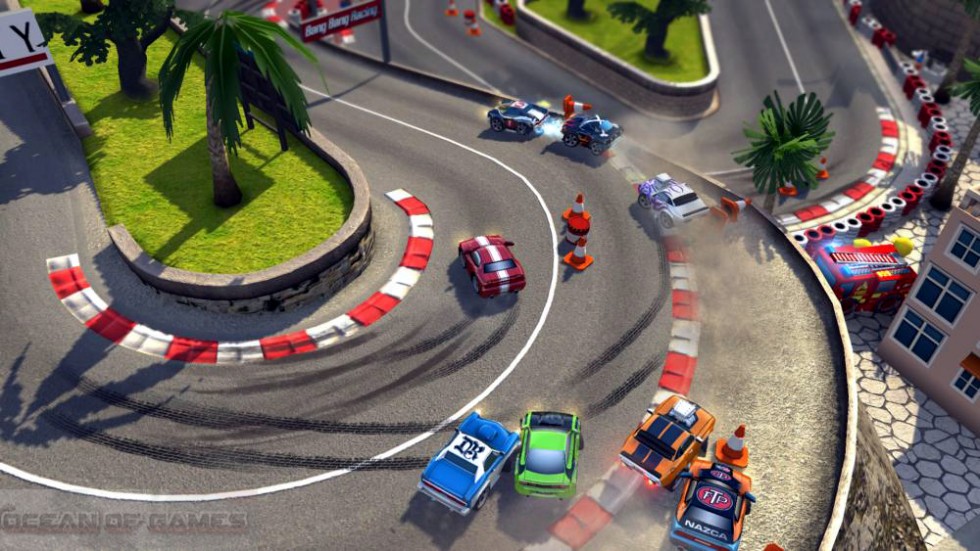 By clicking on the button below you can start download bang bang racing full and complete game setup. You should also install some extracting tool like Winrar in your computer because highly compressed game setup is provided in a single download link game and it may contains Zip, RAR or ISO file. Game file password is ofg