It has been a hundred years since the world saw the fall of the once great Edoran Empire at the hands of an unprecedented plague that swept the nation. In the turmoil and uncertainty that has followed, mercenary work, banditry and thievery across the land is abundant, as honor has long since become an almost entirely forgotten virtue.
Now, prepare to lead a group of unscrupulous characters who revel in such activity in a massive open world where combat, death and a thirst for riches will shape and define your day to day life. You are not special, the chosen one or a once in a millennia hero ushering in a new era of peace. Your goal is solely to survive and thrive in this harsh and hostile world.
Only the bravest and most ambitious can hope to see their story written in the Wartales!
* Journey through the gigantic world of Wartales and explore each of its corners in your quest for notoriety, wealth and recognition.
* Explore lively and vibrant villages, vestiges of a forgotten time, abandoned mines, deserted camps and more that litter this vast continent as you unravel the history of the world.

* Fight your way out of perilous situations with a new twist on tactical turn based combat, as you are confronted by wild animals, fearless bandits and more…
* Recruit new companions with numerous unique specializations, skill sets, weapon preferences resulting in a plethora of possible builds.
* Accept contracts that will see you defend, liberate and save the many inhabitants of the land, be they good natured people just trying to make their way or those with less honorable motives…
* Collect bounties! From the most insignificant petty thieves to the lands most notorious figures, there’s no such thing as a profit too small to take.

* Enhance you and your companions capabilities with a deep and intuitive RPG progression and crafting system.
* Improve your group’s equipment by gathering materials and crafting powerful new weapons and tools.
* Develop your camp, adding new amenities, tools & equipment to increase your group’s morale and efficiency.

Prepare your group of mercenaries to venture into undiscovered lands, filled with numerous threats and mysteries…
Wartales is being constantly improved and enhanced throughout Early Access by regular community updates and major content updates, adding new ways to play, new regions and allowing you to discover all the mysteries throughout the world of Wartales.
Throughout Early Access so far, Wartales has grown with the additions of:
* 4 community updates, built around community requests and feedback
* Major Content Update 1: Harag’s Marshlands
* Major Content Update 2: The Great Gosenberg 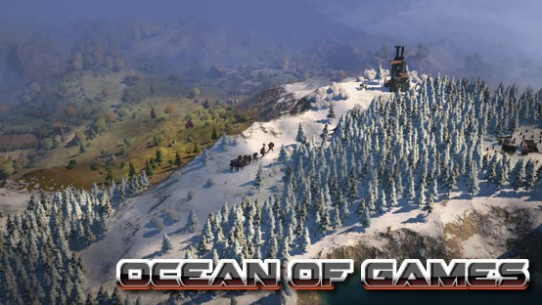 By clicking on the button below you can start download wartales v1.19916 early access full and complete game setup. You should also install some extracting tool like Winrar in your computer because highly compressed game setup is provided in a single download link game and it may contains Zip, RAR or ISO file. Game file password is ofg